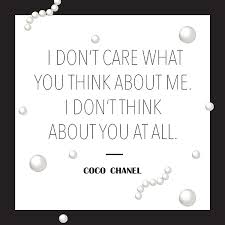 Preppy or prep (all abbreviations of the word preparatory) refer to a subculture in the United States associated with private Northeastern university-preparatory schools.

Preppy or prep are both American adjectives and American nouns, traditionally used in relation to Northeastern private university-preparatory schools, and denote a person seen as characteristic of a student or alumnus of these schools. Prep has become a colloquialism in the United States and has largely replaced preppy in modern usage. Characteristics of preps include a particular subcultural speech, vocabulary, dress, mannerisms, etiquette, and accent reflective of an upper-middle class, Northeastern upbringing.

The term preppy derives from the private, university-preparatory or prep schools that some American upper-class and upper-middle-class children in the Northeastern states attend. The term preppy is commonly associated with the Ivy League and oldest universities in the Northeast, since traditionally a primary goal in attending a prep school was admittance into one of these institutions. Preppy fashion derives from the fashions of these Northeastern colleges in the early to mid-twentieth century. Lisa Birnbach’s 1980 book Official Preppy Handbook, which was written to poke fun at the rich lives of privileged Northeastern college students but ended up glamorizing the culture, portrays the preppy social group as well-educated, well-connected, and although exclusive, courteous to other social groups without fostering serious relationships with them. Being well-educated and well-connected is associated with an upper-class socioeconomic status, a status that emphasizes higher education and high-income professional success.

In recent years, newer outfitters such as Ralph Lauren, J. Crew, Vineyard Vines, and Elizabeth McKay are also frequently perceived as having preppy styles, with designers such as Marc Jacobs and Luella Bartley adding the preppy style into their clothes in the 1990s. New York City maintains itself as the headquarters for most preppy clothing lines, such as J. Press, Daniel Cremieux, Ralph Lauren, and Kate Spade New York, and demonstrates prep subculture as a reflection of Northeastern culture.